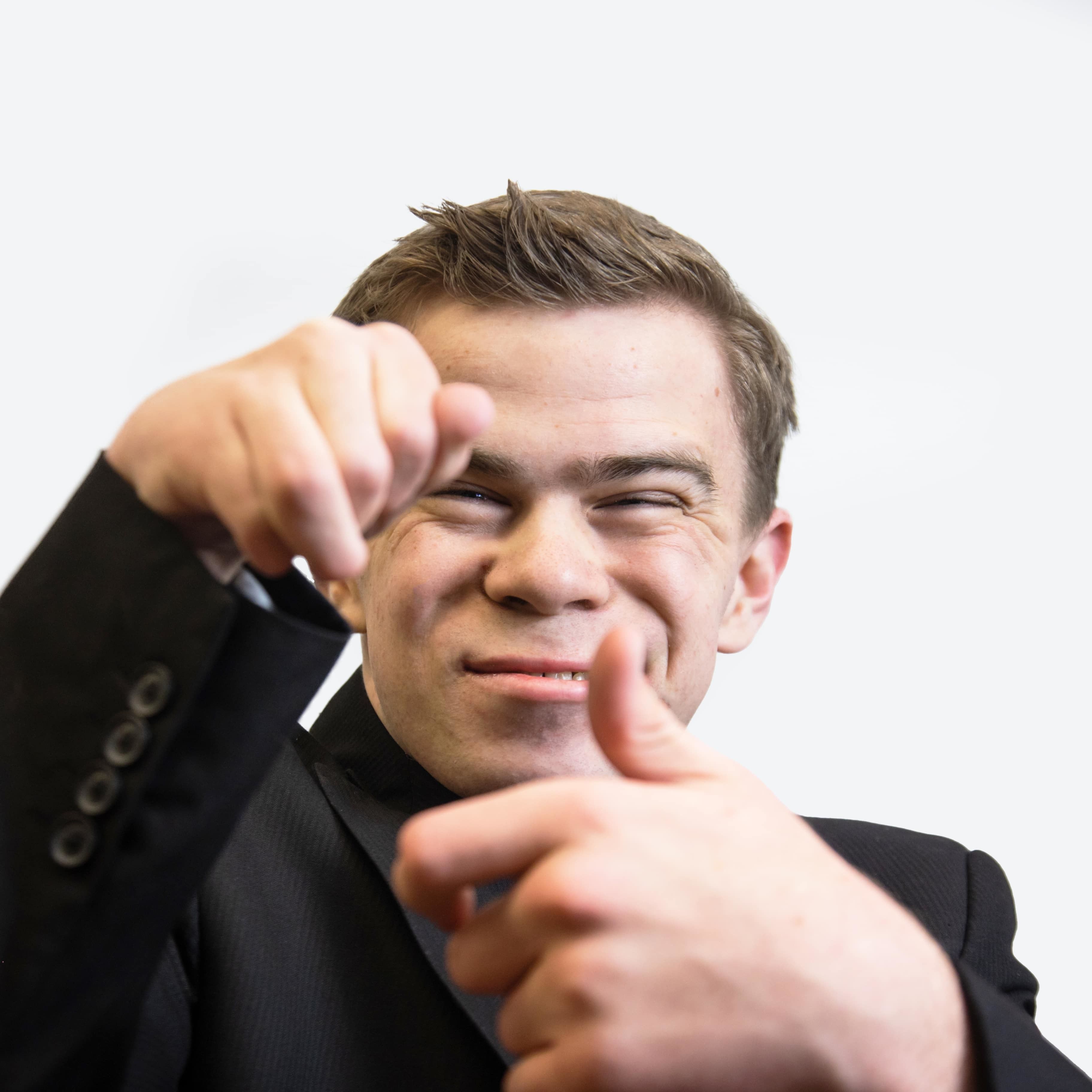 Jack Clarke graduated from Valley High School in 2018, and he works at GuideOne Insurance and HyVee. For several years, Jack has been invited as a speaker to inspire others with his story. Jack was 8 years old when doctors said he’d never be able to walk nor talk again. Born with excess fluid on his brain, a condition known as hydrocephalus, his shunt implant became infected leading to six strokes within two weeks, and a month in a coma. Jack persisted and after 38 leg surgeries over the course of his childhood, he regained mobility. Nine years ago, Jack’s mom, Melissa, started an adaptive sports league, Courage League Sports, in honor of her son. Courage League provides accessible environments where youth with physical, cognitive, or emotional disabilities can do sports at their own pace, and Jack has spent many hours volunteering, coaching, and mentoring youth at Courage League. Jack lives in West Des Moines with his mom and stepdad.

“TEDx gives me the opportunity to enlighten those who fortunately have not had to face adversity based on physical, cognitive, or emotional challenges. Disabled individuals are the largest minority group in the U.S. and a group one can possibly join at any time – just as it happened to me at 8 years old. It’s time for us to look past assumptions about another person’s potential.” – Jack Clarke